Cockroaches are a member of the Orthopteran order which, in Greek, translates to “straight wings.” They are easily identified by their flat, oval-shaped, segmented bodies and downturned mouth. Oftentimes, cockroaches are oily to the touch and have a strong odor coming from them.

They are cold blooded, nocturnal insects predominantly found in both wet and warm climates. Cockroaches are known to be resilient. For instance, cockroaches can survive for over a month without food. They do prefer the warmth, but can survive in temperatures as low as 32 degrees and potentially hibernate during winter months. They are typically found in areas such as:

The stages of a cockroach’s life include: egg, nymph, and adult. They reproduce rapidly and, once an egg hatches, the nymph can move just as quickly as an adult. The only difference between a nymph and an adult cockroach is the presence of a thick exoskeleton and wings on an adult. Nymphs are bare and pale in color after hatching, but after a few rounds of molting will develop the thick outer layer and wings.

When it comes to reproducing, female cockroaches release a pheromone to attract a mate. Male cockroaches have receptors on their antennas specifically for that pheromone. Once they mate, the females produce what is called an egg case. The egg case itself is about the size of a bean and can hold between 10 to 20 eggs. Depending on the cockroach species, the female typically carries the egg case with her to protect it for several days before choosing a spot to leave it for hatching. 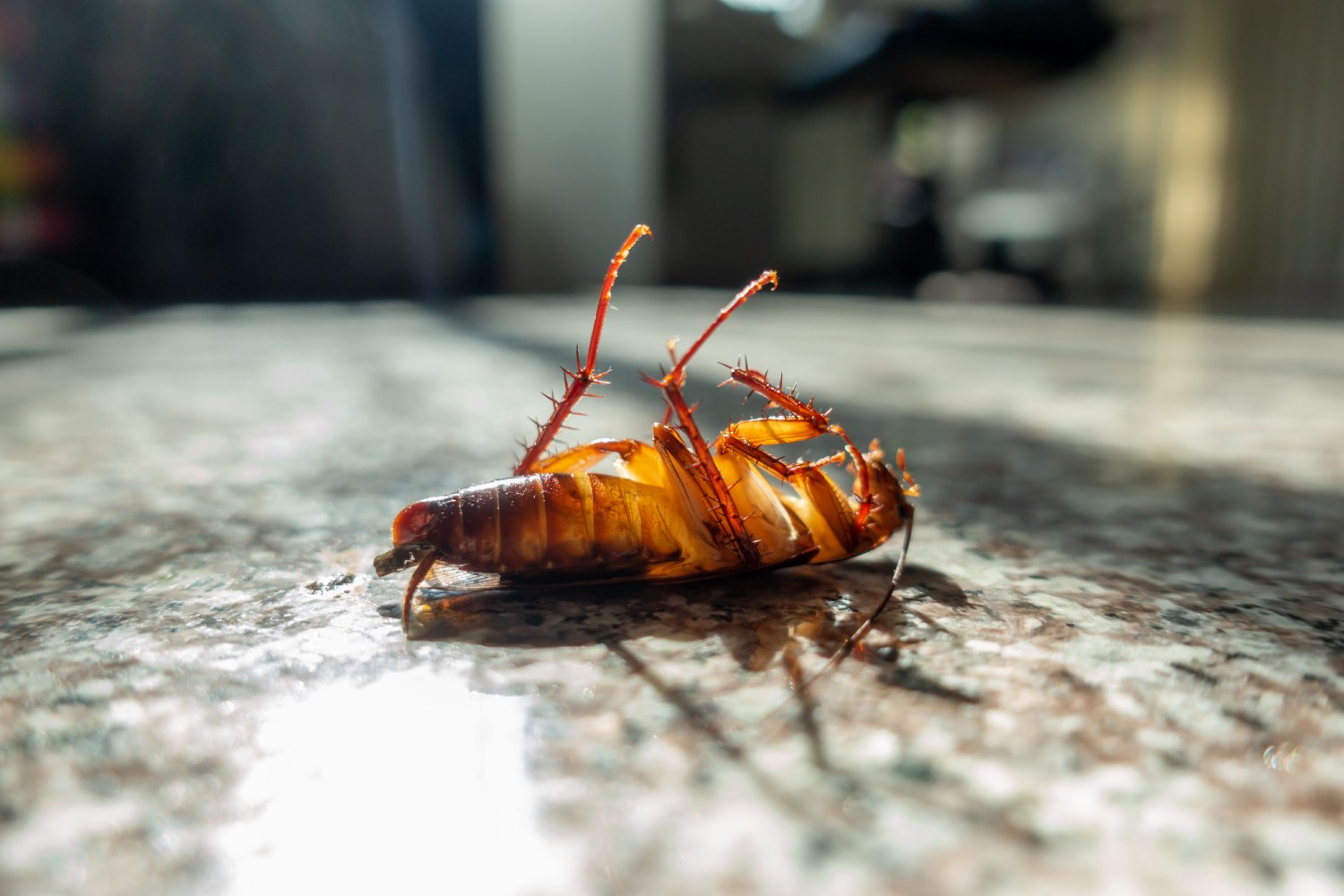 What Attracts Cockroaches to Your Home?

As with many other insects, cockroaches are drawn primarily to food. It is often assumed they are only drawn to messy environments, but even cleaner homes can be infested with cockroaches. Due to their keen sense of smell, cockroaches are attracted to:

While cockroaches are not known for causing large disease outbreaks, they are capable of spreading bacteria, such as salmonella, in homes. Diseases are transmitted when cockroach droppings and vomit come into contact with food. Cockroaches can run nearly three miles an hour making them difficult to catch and aiding in their ability to rapidly spread disease causing bacteria throughout your home.

There are over 4,500 species of cockroaches in the world. Three species homeowners mostly come in contact with are:

American Cockroaches are the most common of the three. They are distinguishable by their brown color and wings. They rarely fly and can reach 2 inches in length while living up to a year and a half. Female American Cockroaches are capable of laying over 800 eggs in their lifetime. Once they create their egg cases, they use saliva to adhere the case to the floor in mostly dark enclosed spaces.

German Cockroaches are known as one of the most harmful species of cockroaches due to their strong attraction to human food and ability to spread disease. They are especially drawn to restaurant kitchens and food preparation areas. When left unattended, the cockroaches will run across the large quantities of food potentially spreading diseases as they travel. They are small in stature and only reach about half an inch in length. Due to their smaller size, German Cockroaches often go unnoticed and can be accidentally transported via carry-out food orders. Unlike their American Cockroach counterparts, female German Cockroaches will carry their egg cases right up until they hatch.

Oriental Cockroaches can be distinguished by their shorter wings that do not completely cover their abdomen. They are typically referred to as one of the most repulsive species of cockroaches because of their odor. Oriental Cockroaches are drawn to moisture and are typically found near leaky pipes, in sewers, and in basements. At their prime, they reach about an inch and a half in length. They are known for being slow moving and have the shortest lifespan out of the three common species.


How to Get Rid of Cockroaches

Since cockroaches are nocturnal creatures, they are rarely seen by humans. If you spot one in your home, there are likely more cockroaches in hiding. Cockroaches are not easy to kill as they can survive without their head for over a week and can hold their breath underwater for up to 40 minutes. Some at home remedies for ridding your home of cockroaches include:

While cockroaches are drawn to many odors, there are also some that can deter them. They have a strong aversion to peppermint oil. While this won’t kill an infestation, it could potentially drive them away while using a more safe and nontoxic solution.

Cockroach insecticides come in three forms: residual, non residual, and dust. As the name suggests, residual insecticides leave a toxic residue when sprayed. These should usually only be sprayed on points of entry and in dark secluded spaces where they dwell. Non Residual sprays are meant to be sprayed directly onto cockroaches and can be used to flush them out from their hiding places. Insecticide dusts are perhaps the safest and most effective out of the three. Boric acid is an option used for insecticide dust. It is also simple to use and requires you to place the dust in the perceived cockroach hiding place. This is not an immediate solution and may take several weeks to really notice a difference.

A bait is commonly used for areas, such as kitchens, where insecticides cannot be used. Bait stations are loaded with a sweet substance mixed with an insecticide. The cockroaches are drawn to the substance and unknowingly ingest the poison. In order for baits to be effective, there should be no other detectable food source nearby.

If you have tried these solutions and you are still unable to get rid of your cockroach problem, please give the number at the top of the page a call to get connected to a local pest professional in your area. We do not want your house and family to continue dealing with the current pest and want to find ways to protect your home in the future.